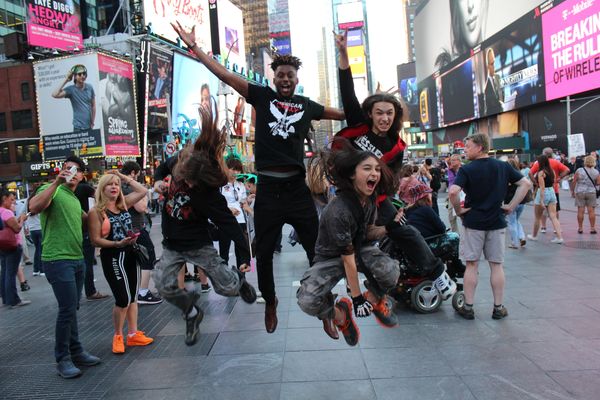 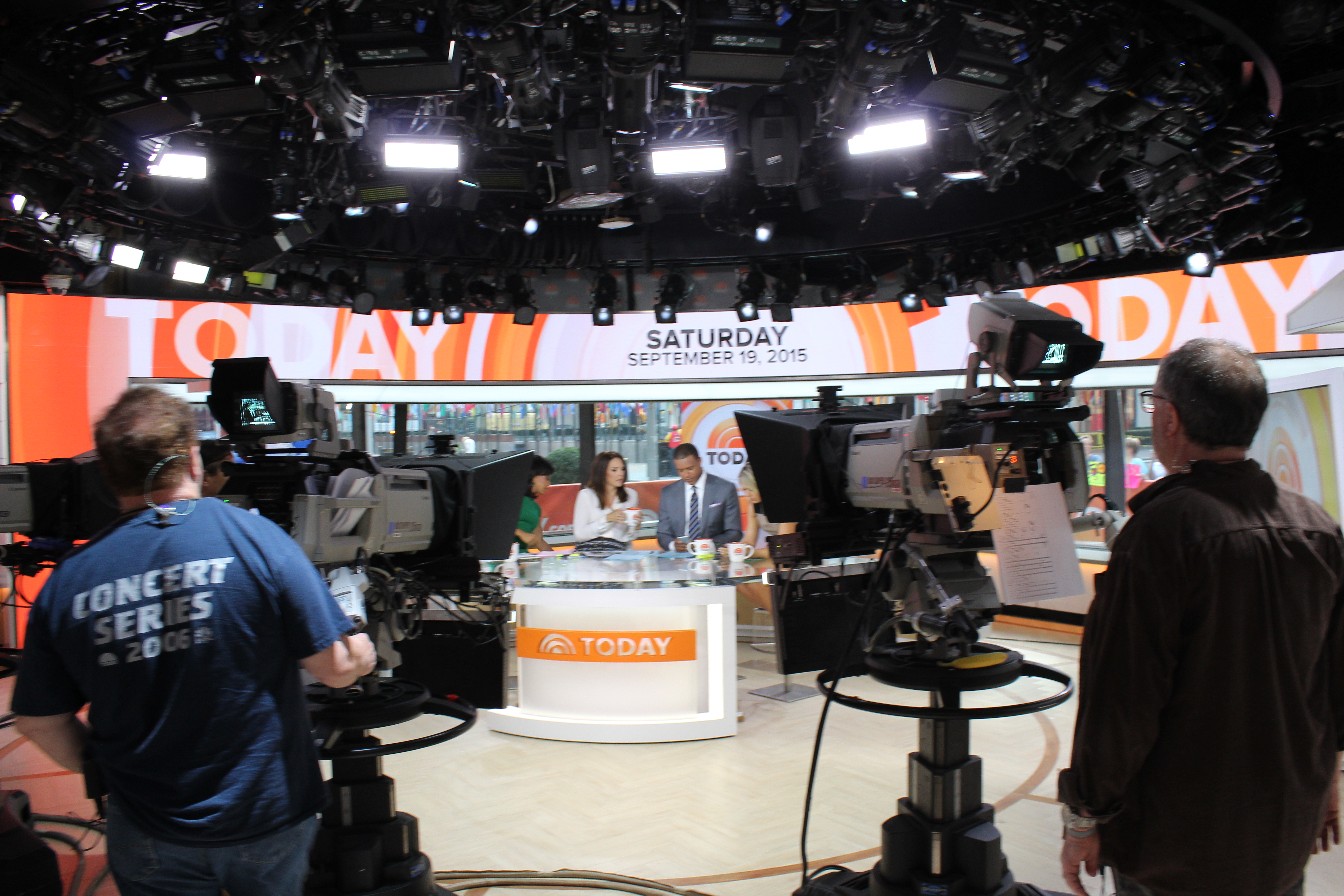 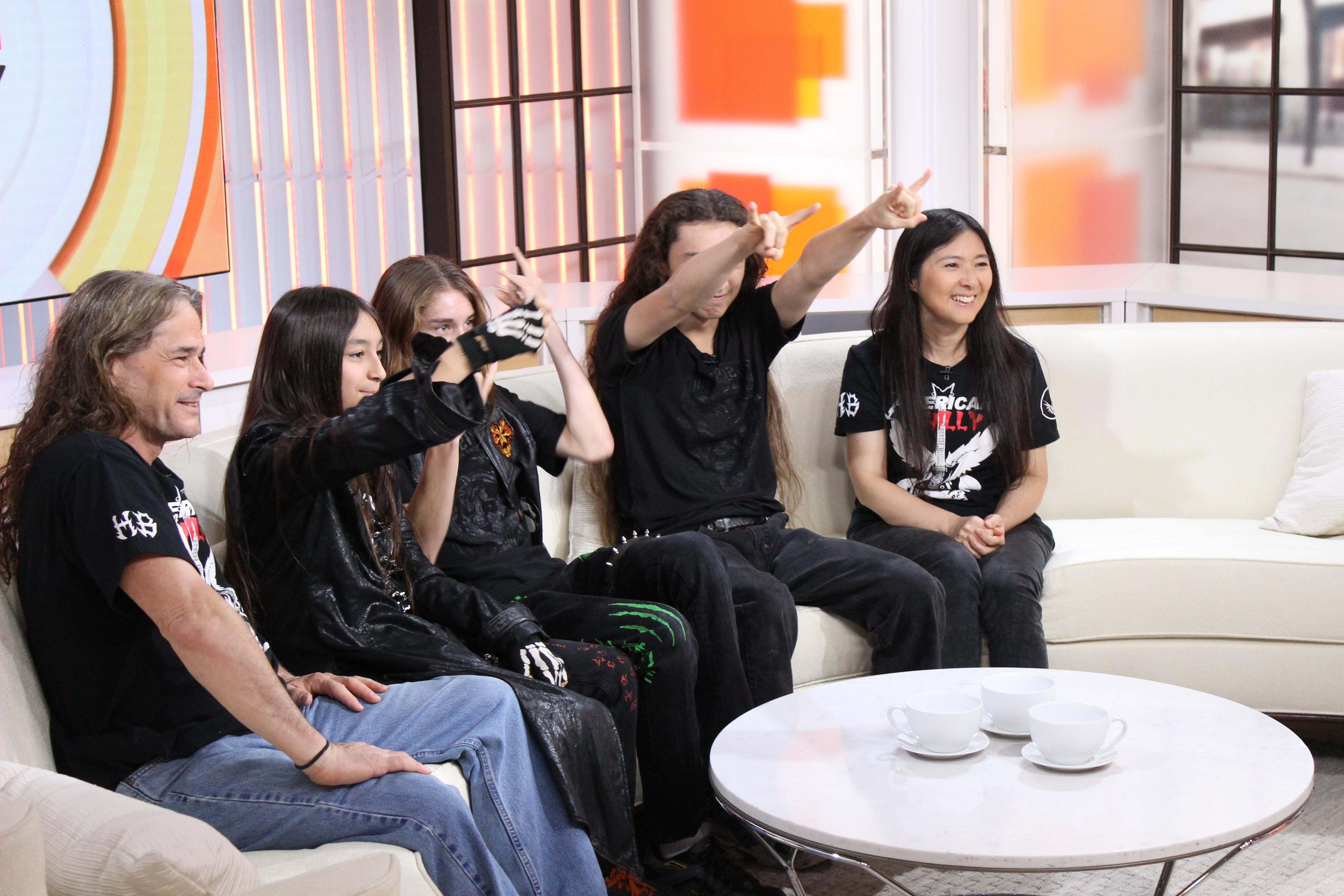 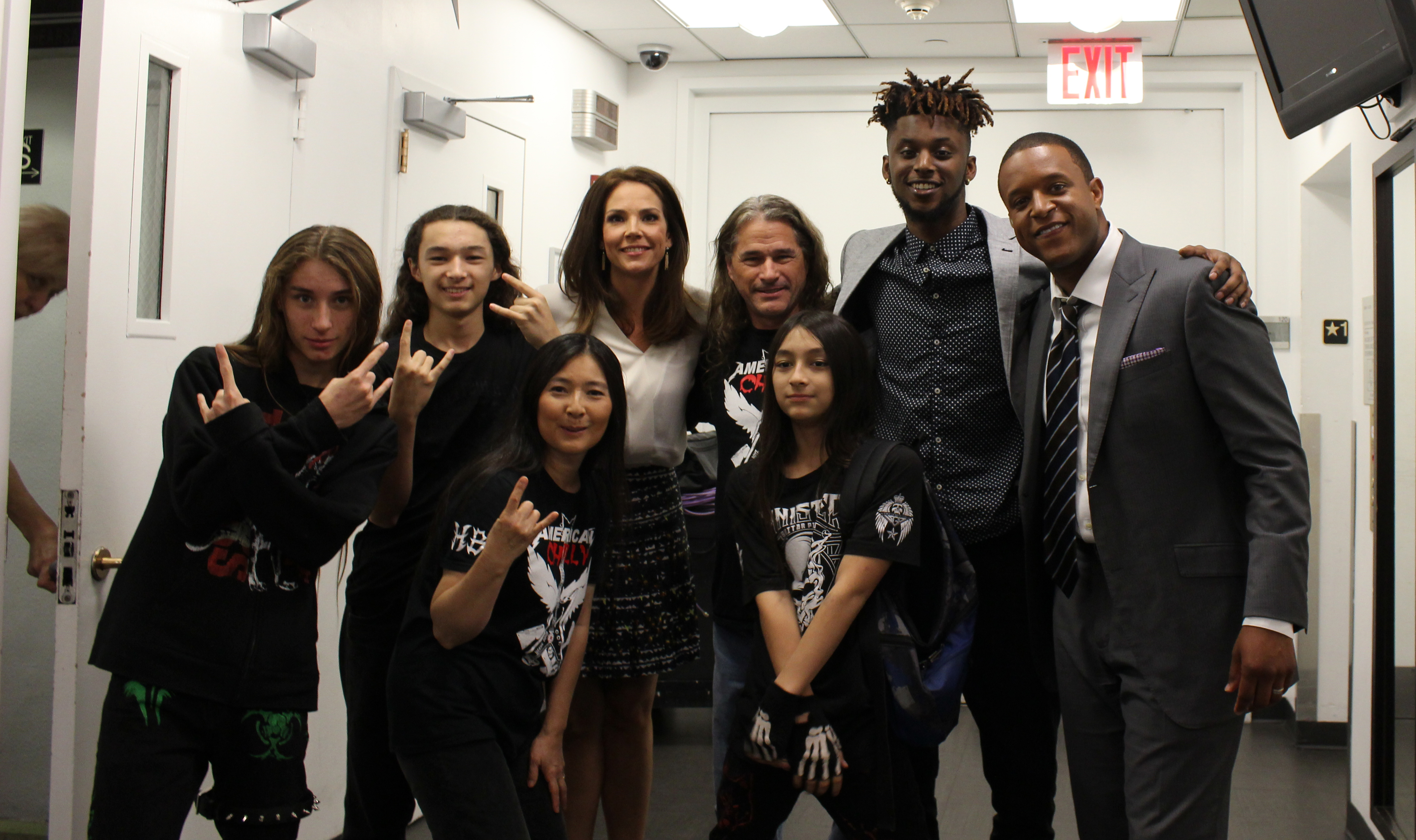 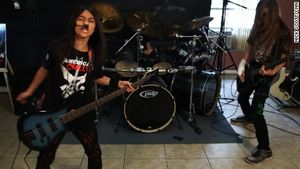 This is how the Heene Boyz were born. "The world's youngest metal band" started playing gigs in 2012, and the next year even played in New York City and as far north as Rochester, New York. Richard says he felt they'd arrived one New Year's Eve in Daytona Beach a few years back, when a howling Falcon jumped on a speaker...

The drums sit in front of a backward piece of linoleum that acts as a green screen for music videos. Bradford doesn't let a little wound stop him from riffing on his guitar, and Falcon looks ...everything like a smooth, energetic lead metal vocalist, throwing all his energy (and his long hair) into each lyric.

The boys are refining their skills and picking up new ones, often from YouTube -- which, after the parents' musical knowledge ran out, has been their go-to site to learn more. Lately, they've also been brushing up on their lines for "American Chilly," their "rockestra."

Richard unwittingly kick-started this project in 1999 with a script about a man, Morgen Enright, who inherits a desert gas station that doubles as a restaurant and hotel. All are cursed because one of his ancestors killed Native Americans after consuming the hallucinogen peyote. Enright loses his mind after taking peyote, setting off a gross and grisly escapade involving laxative-laced chili, "serpent monsters" hiding in toilets, and so on.

While their father never made his script into a movie, the boys read it a few years ago. Intrigued, they refashioned the contents to incorporate Enright's three metal-loving sons, wrote some original songs -- including their favorite, "Psycho," about Enright's descent into madness -- and incorporated a few of their old ones into the musical. They're shopping the show to theaters and investors.

They dream of taking "American Chilly" to Broadway. Richard calls it a mix of "Rocky Horror Picture Show" and "Rock of Ages."

His boys seem game. Falcon says they might fight about "video games ... and whoever gets to go first" but not much else. Ryo wants to "keep rocking." And Bradford, who says his parents are also his friends, adds, "We want to stick together as a band until we're about 80 years old."

Why? It's simple, says Bradford: "We all love each other."